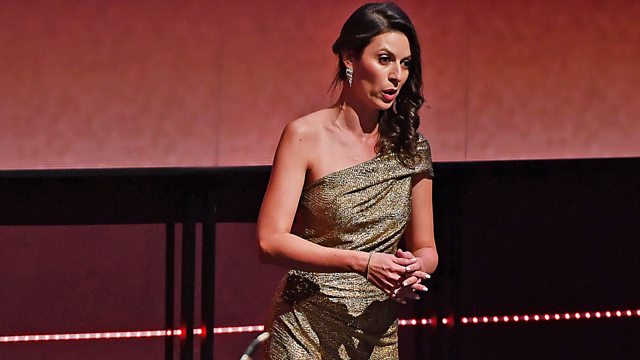 c.7.55pm Interval: PROMS EXTRA
Booker Prize-winning novelist Alan Hollinghurst will be interviewed by Anne McElvoy about his latest novel The Sparsholt Affair which is published later this autumn. Recorded earlier as a Proms Extra with an audience at Imperial College. Producer Zahid Warley.

From its jingling opening sleigh bells to its charming closing song for soprano and orchestra, Mahler's Fourth Symphony is one of the composer's sunniest and most appealing works, lively with birdsong and youthful energy.
It's a mood it shares with Haydn's ebullient and richly orchestrated Symphony No. 82, nicknamed 'The Bear' for the lurching melody of its final movement, with its suggestion of dancing bears at a country fair.
For their second concert, the Royal Concertgebouw Orchestra and Daniele Gatti are joined by Israeli soprano Chen Reiss, making her Proms debut.