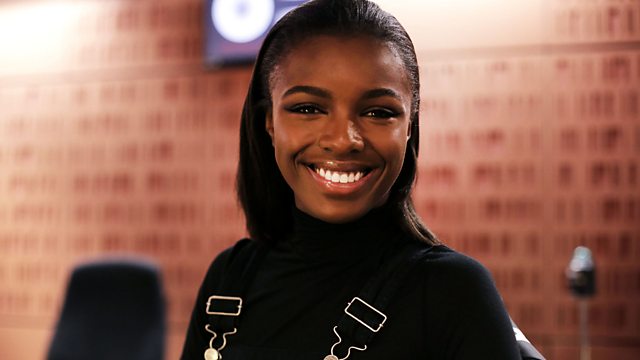 Presented by Jane Garvey. British model Leomie Anderson talks about her experiences in the fashion industry, The Ayoub Sisters perform, and Allison Pearson on her latest novel.

British model Leomie Anderson talks about her experiences of being a woman of colour in the fashion industry.

We discuss if women are choosing the right degrees at university. Rachel Coldicutt, the CEO of Dot Everyone UK believes all degrees and social skills can be useful to the growing STEM job market, and Floriane Fidegnon tells us why she's chosen to study Mechanical Engineering.

The BBC Broadcaster and journalist Victoria Derbyshire tells us about her book documenting her experience of breast cancer two years ago and a specialist advisor for Macmillan Cancer Support Dany Bell explains the best way to tell children that you have a serious illness.

We hear from Kara Lily Hayworth on playing Cilla Black in the new musical touring the UK. Jane Garvey and her mum tell us what they think of the show after a matinee in Liverpool.

We discuss the politics behind our research into the Best Place to be a Woman in Britain. Emily Thornberry, MP for Islington South and Finsbury, on why she thinks Islington was identified as the worst place to be a woman. Jo Swinson MP for East Dunbartonshire (which came top of our list) and Rona Mackay SNP MSP for Strathkelvin and Bearsden on why the first and second place to top the list are in Scotland.

The Ayoub Sisters, Laura and Sarah perform The Ashokan Farewell from their debut album.

And Allison Pearson talks about her latest novel How Hard Can it Be. It follows on from I Don't Know How She Does It - a tale of modern motherhood featuring the character Kate Reddy. Fifteen years on Kate is in her fifties and dealing with teenagers, aging parents, the menopause and trying to return to work.