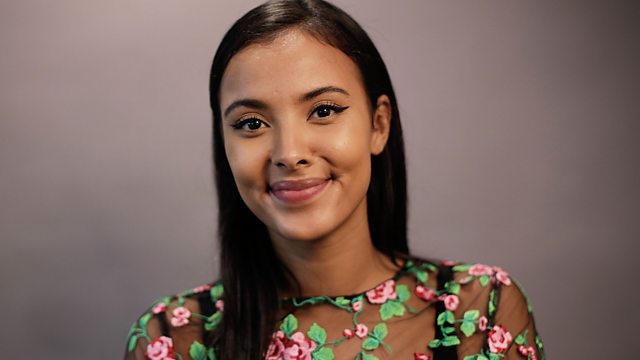 Programme that offers a female perspective on the world. What impact do violent fathers have on their daughters?

Maya Jama is a British TV presenter and model. She moved from Bristol to London to pursue her career but also to get away from her father's violent and criminal past. Maya has made a documentary, 'When Dad Kills', in which she explores the impact violent fathers have on their daughters. She discusses with Jenni her thoughts on whether or not to reconnect with her father.

Women taking a powerful epilepsy drug are not getting new safety warnings about taking it during pregnancy, that's according to The Epilepsy Society. Their survey shows 70% of women taking Sodium Valporate were not aware of the risks to an unborn child. These include physical abnormalities, autism and learning disabilities. Chief Executive Clare Pelham talks to Jenni.

To mark the Autumn Equinox, poet Jen Hadfield describes what seasonal change means to her and reads some new work.

'In Between' tells the story of three young Arab women living together in Tel Aviv, Israel. Away from the constraints of their families, they find themselves caught in between the free lives they want to lead and the restrictions still imposed on them. The first major film by Palestinian director Maysaloun Hamoud has been praised by international critics but also caused controversy, Maysaloun has had a fatwa issued against her. She joins Jenni to discuss.

When sisters Laura and Sarah Ayoub posted a video online of their classical cover of Mark Ronson's hit 'Uptown Funk' they didn't think much of it. But within a few days Ronson had seen it, loved it and invited them to Abbey Road studios to collaborate on a new cover of the song. Next, they were performing at the Brits, the Royal Albert Hall and then they were offered a record deal. Jenni speaks to the sisters about their success and they perform live.

Relate - For Children With Absent Parents

NACOA - The National Association for Children of Alcoholics

Young Epilepsy - Support for young people with the condition

The Epilepsy Society - Pregnancy and Parenting