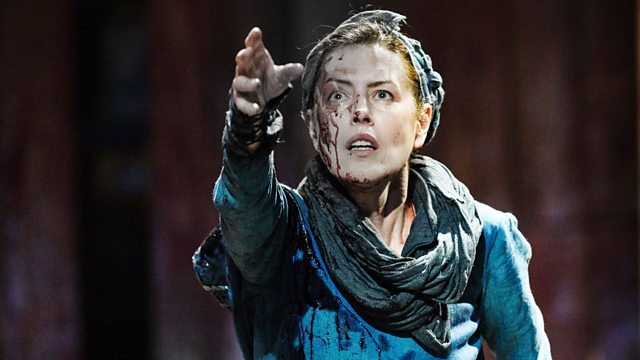 Where are the women in the Brexit negotiations? Crime novelist Martina Cole; relocating; Gina McKee on playing the blood-lusting warrior, Boudica.

On the eve of Theresa May's key Brexit speech in Florence, it's the men in her team, Boris Johnson or David Davis who've come to dominate the headlines. Behind the scenes there are increasing concerns that women have been edged out of EU exit negotiations with implications for the final deal. Brexit Select Committee member Seema Malhotra MP and negotiation strategist Natalie Reynolds join Jenni to discuss why gender can't be left off the table.

We often spend time thinking about re-locating. Should I move to the country? Could I live abroad? As part of our series on the best place to be a woman, three women shared their experience of a big move with our reporter Henrietta Harrison. Judy is 58 and now lives in the suburbs of Birmingham with her mum. Kimberley is finally in permanent housing after having been made homeless. Louise moved just before her 40th birthday after she was given a diagnosis of breast cancer.

She's gone by many names - Boudica, Boadicea, Bonduca - the warrior queen of the Iceni but the current Globe production of Boudica is a bloody, bawdy reimagining of the story of she who sought savage revenge on the occupying Romans in ancient Britain for raping her daughters and stealing her kingdom. Gina McKee talks to Jenni about playing the role of the blood-lusting warrior.

It's 25 years since Martina Cole published her first novel, Dangerous Lady. Known for her strong female characters and writing about the criminal underworld, she has topped the best seller list 15 times and sold over 16 million copies of her books. We speak to her about her career as she publishes her 24th book, Damaged.

The Politics of the Best Place to be a Woman: Jo Swinson MP, Rona Mackay MSP, Emily Thornberry MP