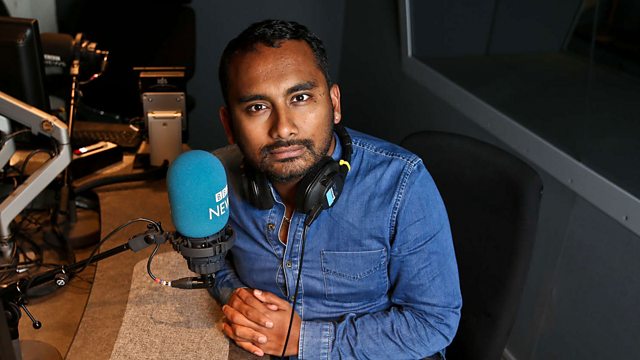 The Decline of the West

In 1918, historian Oswald Spengler published The Decline of the West. In World War II, the west triumphed - but 100 years on, Amol Rajan asks if Spengler's prophecy is coming true.

A century ago, the historian Oswald Spengler's melancholy prophecy, The Decline of the West, captivated a Germany on the verge of calamity. Its vision of the Rome-like fall of the Occident had a huge impact - not least on the Nazis.

Yet in the decades that followed, Nazism led nowhere but destruction - and in its wake, a liberal version of the West came to dominate the world.

So in this programme, the BBC's Media Editor Amol Rajan rediscovers this lonely scholar, pacing his Munich flat as Germany fell apart - and sets out to see what Spengler has to tell us about today.

Was he simply wrong that the West was sinking, or was he ahead of the curve? After all, he warned of Asian countries seizing on Western technology, and foresaw a great future for Russia, provided it turns its face against the weakening West.

Today, Russia is increasingly assertive. China and India are rising rapidly. Far-right populism is on a roll across Europe. And the American President is less than enthusiastic about postwar traditions of Western unity. Faith in 'Western values' appears to be waning fast. Democracy; pluralism; the separation of Church and State; and even some of the institutions that upheld the post-1945 global order are enduring a crisis of confidence.

So - is the West now in mortal decline? Or are we seeing an older, anti-liberal version of the West - the 'West' that Spengler really valued - beginning to stir?