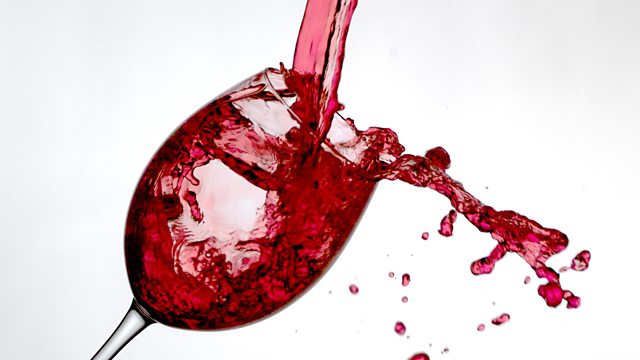 Rufus Jones and David Calder star in Marcus Brigstocke's first drama for radio. Benedict has been sober for 25 years - but his late father leaves him a final unsettling request.

Benedict has been sober for 25 years. On the day of his father's funeral, he learns he has left him an unsettling final request. Benedict's father loved wine. He collected it and found sharing it with his friends and family an act of love and joy. But his son is an alcoholic. We witness how this has affected both their lives and their relationship in this drama based on Marcus Brigstocke's own experience of recovery.

The play was recorded on location in a 400 year old wine cellar.

Rufus Jones is best known as a comedy actor with starring roles in television comedies including W1A, Hunderby and Camping.

David Calder has had many leading parts on stage including the National Theatre and RSC, and television.

Marcus Brigstocke is best known as a stand-up comedian and has been a regular performer and writer on BBC Radio 4 programmes including The Now Show, I've Never Seen Star Wars, The Brig Report and Giles Wemmbley-Hogg Goes Off.

The Red is the third of four plays from Pier Productions in which comedians write a first play for radio.

Grand Designs of the Third Kind