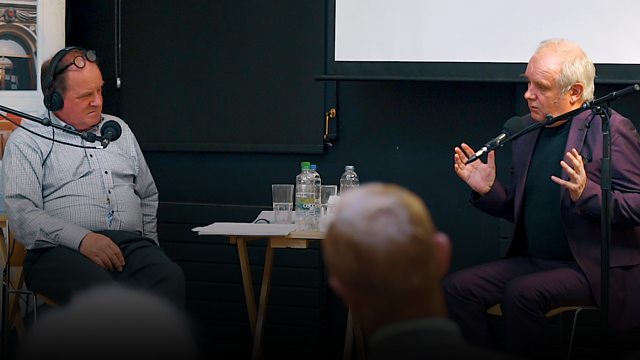 Patrick McCabe discusses The Butcher Boy with James Naughtie. Recorded with an audience at the Linen Hall Library, Belfast.

Inspired by comics and small-town life, Patrick McCabe was propelled into the literary limelight by his novel The Butcher Boy in 1992. It was shortlisted for the Booker prize and it has since become a modern classic.

Set in an unnamed town in the border counties of Ireland, The Butcher Boy is is a precisely crafted, often lyrical and darkly humorous story about 11 year old Francie Brady and his descent into paranoia. Francie switches from boyhood mischief to an adolescent obsession with a school friend's mother which ends in horror.

Patrick McCabe says it is a universal story and not particular to Ireland, and discloses his belief that it would be hard to find a publisher if he was writing it today.