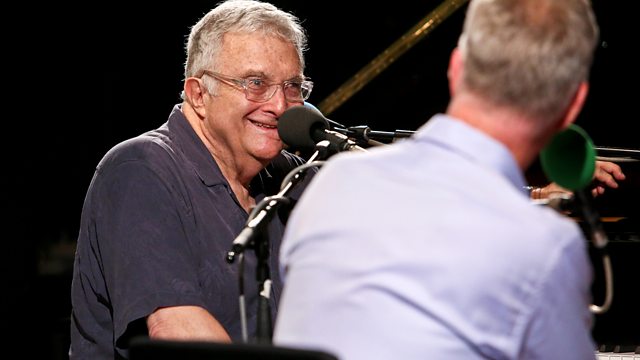 John Wilson talks to the legendary Randy Newman about Sail Away, described by Rolling Stone as 'a work of genius'. Now it's the turn of the audience to ask some of the questions.

A special edition of the programme in which John Wilson talks to leading performers and songwriters about the album that made them or changed them. Recorded in front of a live audience at the BBC's iconic Maida Vale Studios. Each edition includes two episodes, with John initially quizzing the artist about the album in question, and then, in the B-side, the audience puts the questions. Both editions feature exclusive live performances.

Having discussed the making of "Sail Away" - the 45 year old album described by Rolling Stone magazine as "a work of genius" (in the A-side of the programme, broadcast on Monday 28th August 2017 and available online), Randy Newman responds to questions from the audience and performs live versions of both new and old tracks from his career in music and film that spanned almost 60 years (as well as six Grammys, three Emmys, two Oscars, a star on the Hollywood Walk of Fame and membership of both the Songwriters and the Rock & Roll Halls of Fame)