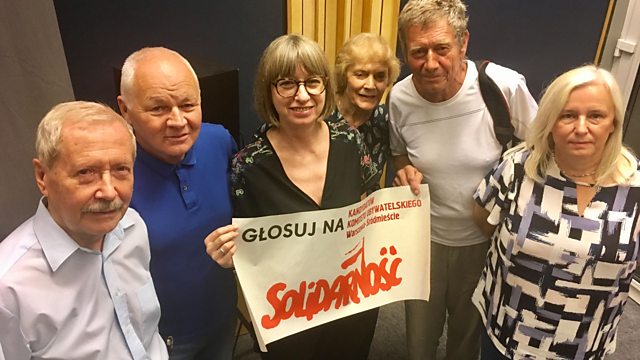 Sue MacGregor reunites five people involved in the Solidarity movement in the 1980s who overcame years of political persecution to bring about the end of communist rule in Poland.

Sue MacGregor reunites five people involved in the Solidarity movement in the 1980s who overcame years of political persecution to bring about the end of communist rule in Poland.

The strike that shook the Kremlin began just after dawn on the 14 August 1980. About 17,000 workers seized control of the Lenin Shipyard in Gdansk, Poland, to protest, among other things, a rise in the price of food. Their leader, Lech Walesa, had narrowly avoided arrest by secret police that morning, and had managed to scale the wall of the shipyard gate to join the workers. Within days, most of the country was affected by factory shutdowns.

Seventeen days later, the Communist authorities signed the Gdansk Agreement with Walesa. In its wake, workers' representatives formed the Independent Self-Governing Trade Union, Solidarity - the first independent trade union in the Soviet Bloc. In the months that followed, 10 million people in Poland joined Solidarity. But the regime tried to block, delay or otherwise cheat on all the main points of the agreement, repeatedly driving Solidarity into confrontation. Sometimes Poland seemed close to civil war.

In December 1981, the Polish regime, under pressure from Moscow, launched a military crack-down. Tanks moved into cities, and thousands of Solidarity members were dragged from their beds and arrested. Martial law was declared and Solidarity was banned. For the next seven years the movement went underground.

Finally in early 1989, the Polish government agreed to talks with Solidarity that paved the way for the first free elections ever in the communist bloc.