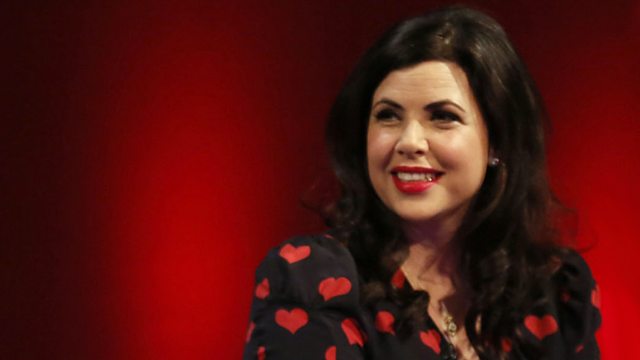 Kirstie Allsopp has turned her hand to cooking with her new cookbook 'Kirstie's Real Kitchen', filled with heart-warming recipes to enliven family meals and a range of ideas for entertaining. Best known for TV house-hunting and crafting, Kirstie talks to Andrea about learning to cook as you go, the backlash she often receives on social media and her love of crafting.

Award winning novelist Maggie O'Farrell has written a memoir composed of seventeen brushes with death. I Am, I Am, I Am has the author speculating on vulnerability and the determination to make every moment count.

Swedish opera singer Nina Stemme is widely considered the greatest dramatic soprano of our time, unsurpassed in her powerful and expressive singing of Wagnerian roles for more than a generation. She joins Andrea Catherwood to discuss her career so far and her upcoming performance leading the Last Night of the Proms, joined by the BBC Singers and BBC Symphony Chorus.

Comedian Sophie Willan refuses the easy labels others might want to apply to her. She is Northern, female, a care-leaver and a former sex worker and she says real life is complicated. So, how do you make comedy out of it and why would you try?