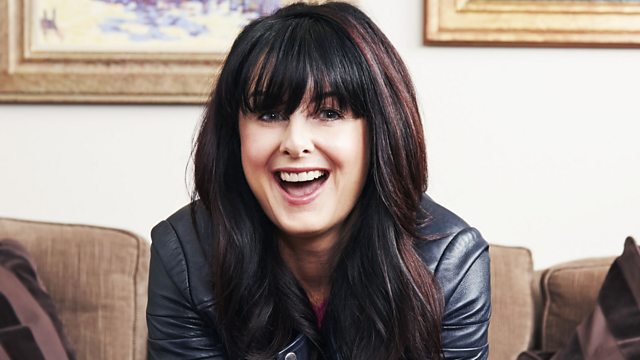 Marian Keyes on her new novel The Break and Tim Roth on playing a police chief with a dark past.

Marian Keyes discusses her new novel The Break, in which Amy's husband announces he is leaving her for six months to travel the world. A portrait of a family in contemporary Ireland, the novel explores blended families, caring for parents with Alzheimer's, and unwanted pregnancies.

A favourite of Quentin Tarantino, Tim Roth has played Mr Orange in Reservoir Dogs and stole the opening scene of Pulp Fiction. His three-decade-long career has included blockbusters, indie films and TV drama, often playing sinister or near-psychotic characters. The actor and director discusses his latest role as a British detective who moves his family from London to become Police Chief in a Canadian mountain town in new Sky Atlantic thriller Tin Star.

Comedian Joe Lycett talks about his innovative approach to writing stand-up, how he tackles the problems of modern life via email and how it all comes together on stage, as his 2018 UK tour I'm About To Lose Control And I Think Joe Lycett is announced.

Marian Keyes' book, The Break  is out on 07 September 2017 in paperback and as an Ebook.

Images: Main image above and smaller image to the left: Marian Keyes

Image: Tim Roth as Jim Worth in Tin Star

Joe Lycett's book Parsnips, Buttered is out now in paperback and as an ebook.

Tickets for his 2018 UK tour: I'm about to lose control and I think Joe Lycett  are available from 08 September 2017.