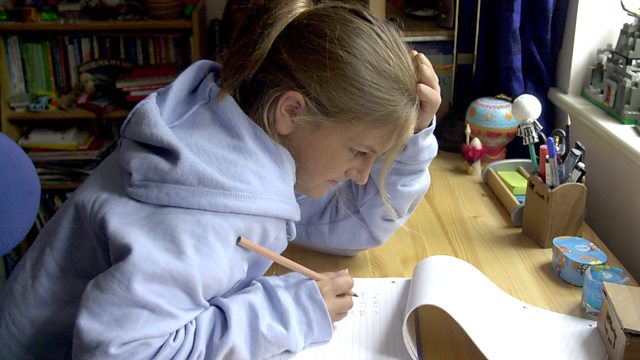 What do you think about homework and how much space does it take up in your family's life?

The start of a new school year and we'd love to hear what you think about homework. How much does your child have to do? At what age? Is there conflict at home around homework? Do get in touch via twitter or email.

From the Woman's Hour archive, an interview recorded in 1963 with a thirty-six year old woman called Rachel who had spent two years on the road, sometimes sleeping rough, sometimes in hostels.

Migraines affect more women than men and are classified as a major health disorder according to the World Health Organisation. Lydia Ruffles experienced migraines that left her unable to work and reluctant to leave her home. They also inspired her to write her debut novel, The Taste of Blue Light. She is joined by Dr Mark Weatherall, consultant neurologist and headache specialist at Charing Cross Hospital in London.

More than 70 per cent of refugee women living in the UK have experienced violence in their home country. Yoga has long been considered a form of therapy that can support the mind, body and soul. Ourmala is a charity which uses the practice to support refugee women and men. Jane speaks to the founder and some of her clients.

Support for victims of sexual violence or trauma

Support for people affected by migraine