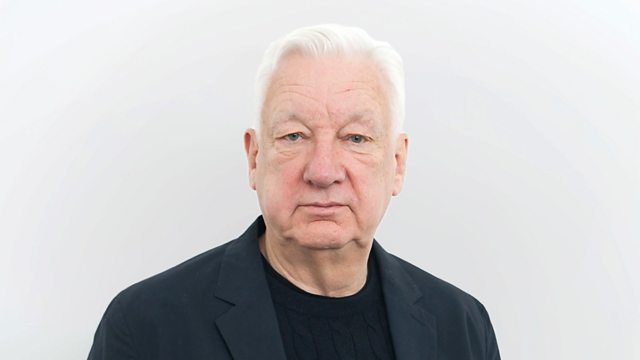 Pioneering conceptual artist Michael Craig-Martin talks to Michael Berkeley about the parallels between his art and the music he loves.

Michael Craig-Martin is one of our most influential artists, celebrated for his huge black and white wall drawings and intensely coloured paintings of everyday objects, as well as his installations, sculpture, and computer-generated works. A pioneering conceptualist, he's always provoking questions about what we understand to be art.

Born in Dublin in 1941, Michael Craig-Martin grew up in the United States but returned to Britain in the 1960s where he's lived and worked ever since. He's had numerous solo exhibitions and his work is in national collections worldwide.

He is Emeritus Professor of Fine Art at Goldsmiths, having taught there for over four decades, and he's been nicknamed 'the godfather of the Young British Artists', who include Damien Hirst, Gary Hume and Sarah Lucas.

Michael Craig-Martin talks to Michael Berkeley about the parallels between his art and the music he loves, including Satie, Bach, the Dutch composer Simeon ten Holt, and he reveals his long-standing passion for opera.