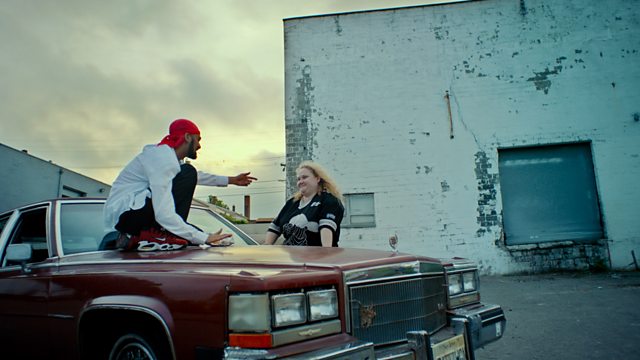 Patti Cake$ reviewed, Nicole Krauss on new novel Forest Dark, James Ngcobo of Johannesburg's Market Theatre on The Suitcase, and is an all-female Lord of the Flies a good idea?

As news breaks of a new all-female film version of William Golding's classic Lord of the Flies, the novelist Joanne Harris and film critic Karen Krizanovich join Andrea Catherwood to discuss whether it's a good idea.

Patti Cake$ stars Danielle Macdonald as an unlikely rapper with talent but little opportunity. It's the first film for writer-director Geremy Jasper and won a warm reception at the Sundance Film Festival. Critic Mark Eccleston reviews.

The American writer Nicole Krauss' books include The History of Love, which became an international bestseller, and Great House - both were shortlisted for the Orange Prize. Ten years ago she was chosen as one of Granta's Best Young American Novelists. Now her first book for 7 years, Forest Dark, is published: a contemplation of identity and shaking off the stories we tell about ourselves. She talks about the novel's characters including 68-year-old former New York lawyer Epstein... and a novelist called Nicole.

The Market Theatre is bringing its award-winning production of The Suitcase from Johannesburg to Hull and the northeast. It's about a young couple who leave their village hoping for a better life in Durban. It doesn't work out and when the husband steals a suitcase - with no idea what's inside - life really unravels. It is, says director James Ngcobo, very different from the anti-apartheid, oppositional theatre that made the Market famous around the globe in the years of struggle.

Patti Cake$ is on general release from 1 September 2017, certificate 15.

Forest Dark by Nicole Krauss is published by Bloomsbury and is out now.
Image:  Nicole Krauss.  Credit:  Goni Riskin

The Market Theatre Johannesburg production of The Suitcase is on at the Hull Truck Theatre, Hull until 9th September.