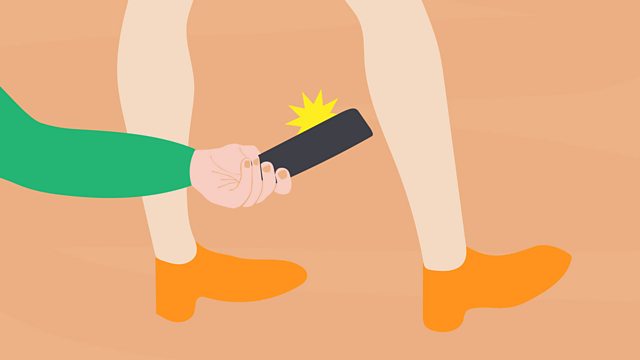 Upskirting in schools - how do female teachers protect themselves? Actor and comedian Robert Webb talks about how he views masculinity.

A school in Northern Ireland, Enniskillen Royal Grammar School, has had to deal with the problem of upskirting. Teachers there who belong to the NASUWT union have recently voted for a particular type of industrial action called a "refusal to teach". They're refusing to teach a 17 year old boy who was briefly suspended for taking photos up teachers' skirts. Across the UK, most teaching staff are women. In a profession which is female dominated, how do women protect themselves? Jane hears from Chris Keates, General Secretary of the teachers' union, NASUWT.

Actor, writer and comedian Robert Webb has written a memoir 'How Not To Be a Boy,' looking back at his bittersweet childhood in Lincolnshire and examining what masculinity meant to him as he grew up with rules for men like: Don't Cry, Love Sport, Play Rough, Drink Beer, Don't Talk About Feelings. What does the Peep Show star think about the impact of this message, and what use are rules like this to any girl or boy?

In the last of our series on the twelve finalists in the Woman's Hour Craft Prize in partnership with the Crafts Council and the V&A, we meet the ceramicist Phoebe Cummings.

Stax Records, the American record label was a major factor in the creation of Southern soul and Memphis soul music. On Friday the BBC Proms pay tribute to the pioneering label in concert featuring hits from Otis Redding and Issac Hayes. Deanie Parker was a songwriter and vocalist for the label. Her songs were recorded by Otis Redding and Albert King. She talks to Jane about working at the label in the 1960s and 1970s.