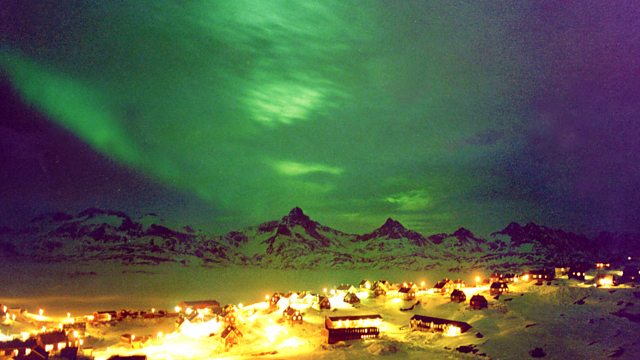 Eleanor Rosamund Barraclough journeys to northern Norway in search of the supernatural icy world that haunts the imagination of writers such as Philip Pullman and AS Byatt.

Our imaginations tend to be more like medieval maps than modern ones. They team with myth and fantasy, dragons and anthropophagi. So, as our minds follow the compass point on the map North what is it that we see? Anodyne manufactured images of Santa and his elves, reindeer sleighs streaking across starry skies, snowmen and children "walking in the air", and polar bears frolicking in crystal caves of ice? Or are our thoughts drawn to the deeper and darker lore of the True North of mountain trolls, demons and direwolves, white witches and white walkers, snow queens and Sámi shamans?

Radio 3 New Generation Thinker Eleanor Rosamund Barraclough journeys to Arctic Norway in search of the supernatural world that haunts the imagination of writers such as Philip Pullman, A.S. Byatt, C.S. Lewis, Hans Christian Andersen and the authors of the medieval Icelandic sagas.

Following the trail of a 9th century Norseman called Ohthere, who travelled along the northern coast of Norway and down to the White Sea in Russia, Eleanor sets out from the coastal city of Tromsø in northern Norway. But whereas Ohthere wanted to survey the land and acquire walrus ivory, reindeer and exotic furs, Eleanor is looking for a stranger North - a place inhabited by mountain trolls, witches and giants.

Helping Eleanor in her quest for the supernatural North are writers Philip Pullman, author of Northern Lights; A.S. Byatt, author of Ragnarok; Professor Peter Davidson of Aberdeen University and author of The Idea of North; Dr Carolyne Larrington of Oxford University, a specialist in the Icelandic sagas; Professors Rune Hagen and Richard Holt of Tromso University and artist Jeffrey Vallance.