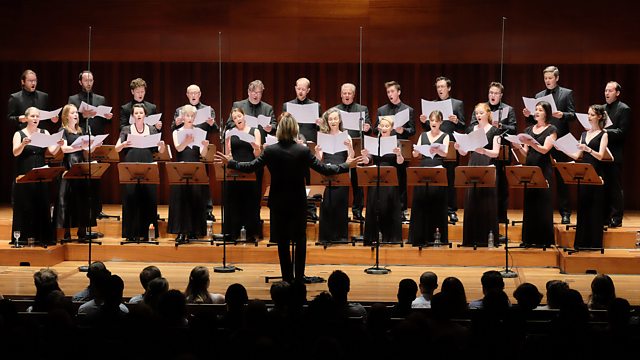 The story of the Crucifixion told through five centuries of music. Sofi Jeannin conducts the BBC Singers and City of London Sinfonia at the Proms.

Afternoon on 3 - with Penny Gore

Another chance to hear the BBC Singers with Chief Conductor Designate Sofi Jeannin and the City of London Sinfonia in Passiontide music from the last five centuries.

Together they tell the familiar Passion story as you've never heard it before, moving from the earliest-known responsorial setting by Johann Walter (1496-1570) through Passion music by Schütz, Bach, Handel, Mendelssohn and Stainer, right up to contemporary settings by Sofia Gubaidulina and Sir James MacMillan.