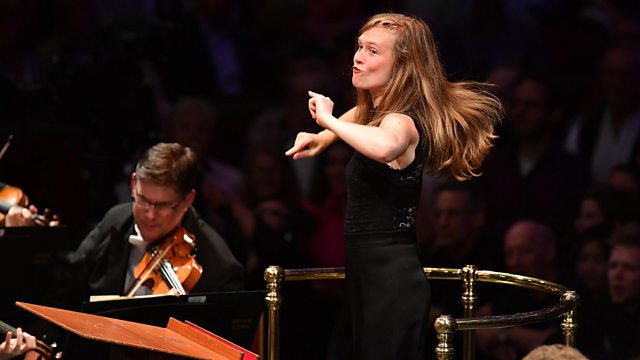 Live from the Royal Albert Hall, The City of Birmingham Symphony Orchestra and Mirga Grazinyte-Tyla perform Beethoven's Fifth Symphony, with works by Stravinsky and Gerald Barry.

The City of Birmingham Symphony Orchestra and Mirga Gražinytė-Tyla perform Beethoven's Fifth Symphony, with works by Stravinsky and Gerald Barry.

The CBSO and Mirga Gražinyte-Tyla explore the theme of political and artistic freedom. Beethoven's Leonore overture No. 3, written for his rescue opera Fidelio, celebrates the triumph of truth over tyranny in music of radiant beauty, while his Fifth Symphony rewrites the rules for the Classical symphony.

In his new work, maverick composer Gerald Barry is inspired by revolutionary events in Canada's history, also setting the text from Fidelio's Prisoners' Chorus; and violinist Leila Josefowicz amps up the drama in the fierce brilliance of Stravinsky's neo-Classical concerto.