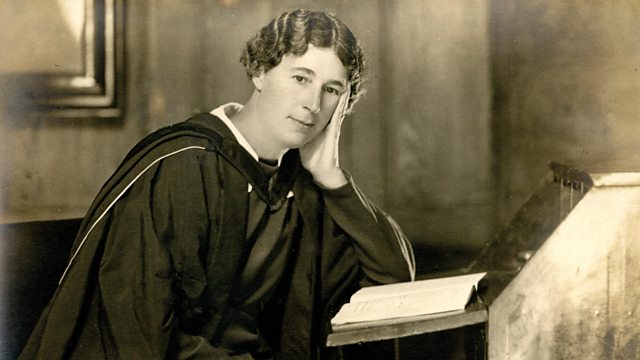 Australia is to vote on whether same-sex marriage should be legalised. We hear from Christine Forster, the sister of former PM Tony Abbott who is at odds with her brother.

It is 100 years ago since Constance Coltman was ordained by the Congregational Union of England and Wales, making her one of the first women Christian ministers in the UK. Jane speaks to the Rev'd Dr. Miranda Threlfall-Holmes, historian and Rector of the St. Luke in the City team in Liverpool and to Rev'd Dr. Kirsty Thorpe who has researched women's ministry in the Congregational Church and is Minister of Wilmslow United Reformed church.

Australia is to vote on whether same-sex marriage should be legalised. It is a debate which has divided the country and has also revealed a public rift between former Prime Minister Tony Abbott and his sister. He is staunchly against same-sex marriage; she is gay, campaigns on gay rights issues and wants to marry her partner Virginia. We speak to Christine Forster about the vote, and what it's like to be at political odds with her brother.

Indigo has had a tough start in life, she grew up in care after her mum was killed by her dad. She can't let anyone close, they'll leave her, she'll hurt them, and then Bailey comes along. Indigo Donut by Patrice Lawrence is about family and identity and young love. She joins Jane to talk about capturing the teenage voice on the page and, why she feels hopeful despite the gangs and drugs and sadness that fill her books.

The Queen's Young Leaders' Awards are given out to inspiring young people from all over the Commonwealth. Jane hears from one of this year's recipients, Suhani Jalota from India. She has carried out research into sanitation and is the founder of Myna Mahila Foundation, a network of young women living in slum communities who produce low cost hygiene products, such as sanitary pads

Daughters estranged from their mothers, Parenting for self-esteem