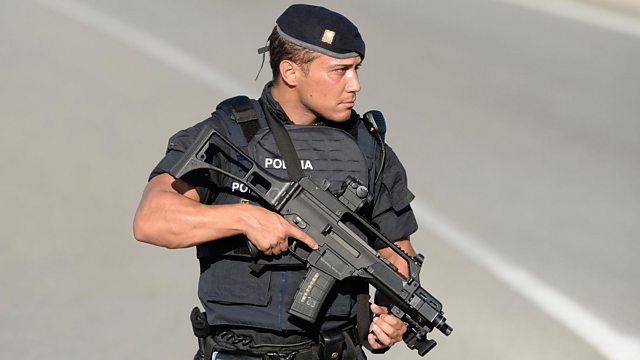 The Spanish police believe the terror network behind the attacks in Barcelona and Cambrils have now been killed or arrested - we hear the latest.
Also: an assessment of the great science fiction writer, Brian Aldiss, who has died aged 92, from fellow novelist Michael Moorcock.
Are overly difficult English language tests exacerbating the chronic shortage of nurses in the UK?
And why the largest migration of people in US history - which had been predicted in advance of the total eclipse of the sun - may not have materialised.

President Trump decides that American troops have to remain in Afghanistan