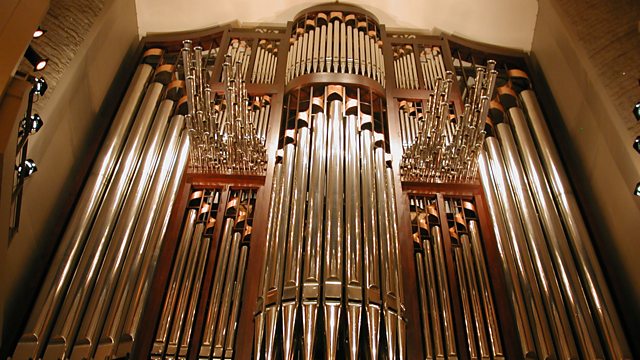 'Reformation Day' at The Proms; Moral equivalence; Why are Australian priests facing jail?

The curator of 'Reformation Day' at The Proms talks about his choice of music, Donald Trump and moral equivalence, and Barcelona after the terrorist attack.

Professor John Butt tells William Crawley about the three concerts he has curated for 'Reformation Day' at The Proms.

One of the chaplains at Hospital Del Mar in Barcelona, describes the mood in the city following this week's terrorist attack.

John Rutter explains why he is unhappy that the church of St Sepulchre's in London, the resting place of The Proms founder Sir Henry Moor, has announced a ban on bookings from classical musicians.

In the context of Donald Trump's remarks about the events in Charlottesville, Melanie Phillips and Rabbi Jeffrey Salkin discuss Moral Equivalence.

The Australian Royal Commission has proposed that priests should face criminal charges for failing to report information (about criminal activities) heard during confession. ABC's Andrew West explains the implications.

Trevor Barnes reports on the work of the non-religious pastoral carers who work as members of the chaplaincy teams in hospitals and prisons.

A senior Imam has announced that he is planning to set up a national council to issue edicts on Islamic doctrine for British Muslims. Qari Asim is the Chief Iman of the Makkah Mosque in Leeds.