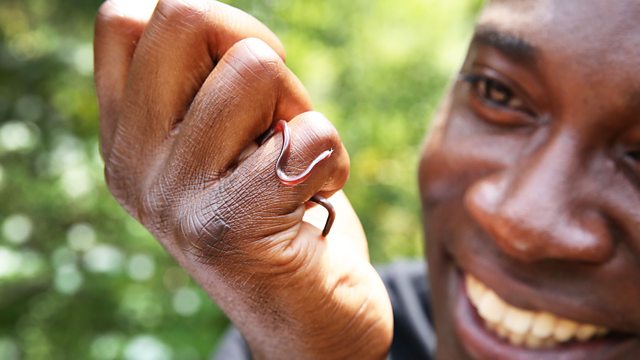 Biologist Patrick Aryee explores the fascinating secrets behind what makes small animals successful, from a little lemur to a tiny armadillo.

From a primate that's no bigger than a mouse to a chameleon that can fit on your fingertip, the natural world is full of fantastically small animals. Biologist Patrick Aryee explores the secrets of their success.

There's the little lemur whose diminutive frame helps it to exploit a unique gap in the ecosystem, the hummingbird that uses its size to outmanoeuvre the competition and the world's smallest seahorse, which never has to leave home. He also explores why small animals are proportionally the strongest in the world and introduces a peanut-sized beetle that can pull over a thousand times its own weight.

Next he explores the challenges that animals face when they shrink in size and the ingenious ways they overcome them. We find out how the smallest armadillo in the world manages to control its temperature in the desert sun and the how the world's smallest fish can survive in a puddle.

Patrick meets a secretive hippo that lives in the dense jungle, as well as some of the world's smallest snakes that give birth to enormous babies. He also meets a scientist that studies how tiny spiders have a trick that enables them to travel 40 miles per day, using almost no energy.

Then there are the animals that refuse to be pigeonholed as small. He puts some astonishing invertebrates to the test to see how they work together to become much bigger than the sum of their parts and meets a pint-sized predator that takes on some of the largest and most dangerous creatures on the planet, getting hands on to discover how its build helps it to be brave.

Finally he uncovers the lengths that deep sea anglerfish go to in order to be big and small at the same time, and he has an encounter with a tiny carnivore that manages to be small in just one direction. 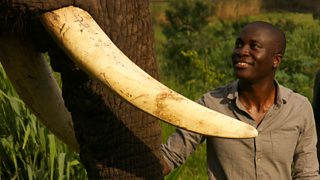