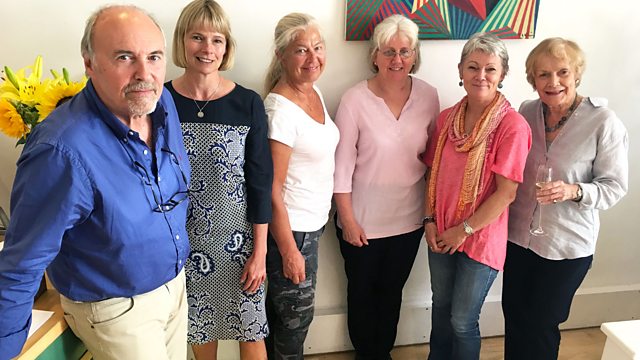 Round the World Yacht Crew

Sue MacGregor meets Tracy Edwards and others from the first all-female crew to complete the Round the World Yacht Race.

Sue MacGregor meets Tracy Edwards and others from the first all-female crew to complete the Round the World Yacht Race.

The Round the World Yacht Race is the Everest of sailing, extending over nine months and 33,000 miles of the world's toughest oceans. In 1989, 27-year-old Tracy Edwards lead the first all-female crew to compete in the race. They not only defied the sceptics who doubted they would complete the course, but won two of the legs and came second overall in their class.

The achievements in their yacht Maiden caught the world's attention and, as the race progressed, the crowds grew. In Auckland, 14,000 people lined the dock to welcome Maiden to New Zealand in the early hours of the morning. And, as she finally made her way home to Southampton, an armada of 600 dinghies, yachts and power boats accompanied her through the Solent.

Along the way, the twelve women had survived mountainous seas, icebergs, a tornado and a collision with a whale. Numerous equipment failures added to the challenge and a serious leak threatened to take them out of the race altogether.

Coming home, they ran out of food for the final five days when light winds slowed their progress. But they completed the race with a string of awards and a result that remains unbeaten by any British yacht to this day.

Skipper Tracy Edwards was the driving force behind the project, with Howard Gibbons involved from early on as Project Manager. As well as great sailors, all crew members had to take on additional roles - Jeni Munday was the on-board electrician, Mikaela Von Koskull one of the helms, and sail-trimmer Nancy Harris (nee Hill) maintained the winches.