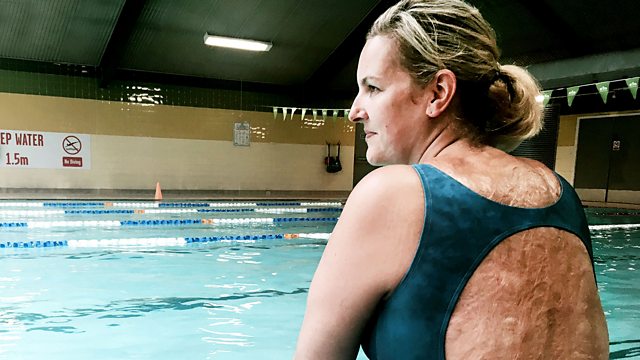 What emotional impact does living with a disfigurement that no one else can see have on you? We discuss women's guilt about having a cleaner. Plus zero-gravity fashion.

What is life like living with a disfigurement other people can't see? Sylvia Mac has deep painful scar tissue on her back, stomach and leg after an accident when she was three. She tells us how that affected her growing up, and how swimming has helped.

How do a group of seven year olds see themselves based on their gender? A new programme No More Boys and Girls explores the issues. We hear from the executive producer Helen Veale and Dr Javid Abdelmoneim.

Katherine Welby-Roberts, the daughter of Justin Welby the Archbishop of Canterbury, talks about her struggles with depression, anxiety and chronic fatigue and her book 'I Thought There Would be Cake!'.

Theresa Breslin on her historical novel 'The Rasputin Dagger' charting the Russian Revolution of 1917.

Chineke! is Europe's first only professional orchestra made up of a majority of black and minority ethnic musicians. We hear from it's founder double bassist Chi-chi Nwanoku and young British composer Hannah Kendall.

Why do some middle class women feel guilty about having a cleaner? Columnist Angela Epstein explains her guilt about employing a cleaner and social historian Helen McCarthy tells us why women have struggled with this in different ways throughout the last century.