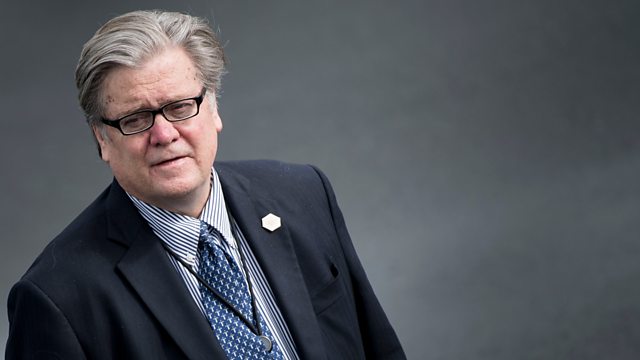 In-depth reporting and analysis from a global perspective. The programme hears from a friend of Steve Bannon, and assesses his impact on the Trump presidency.

We'll hear from a friend of Bannon - and assess his impact on the Trump presidency.

A terrorist attack in the centre of Barcelona