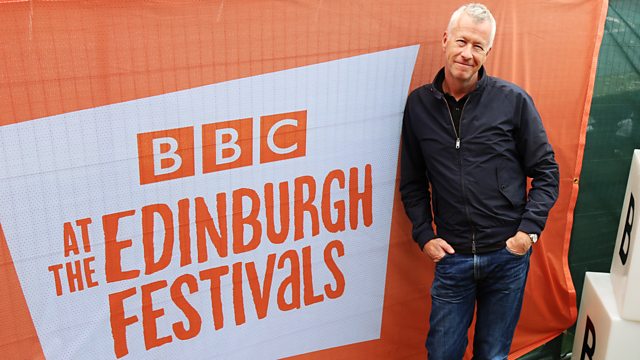 Live from Edinburgh with guests including Sir John Eliot Gardiner on Monteverdi at 450, Apphia Campbell, and Guillaume Pigé, director of physical theatre company Theatre Re.

Sir John Eliot Gardiner, who has devoted much of his long and distinguished career to the revival of early music, discusses his latest project Monteverdi 450, an international tour of Claudio Monteverdi's three surviving operas in celebration of his 450th anniversary.

Inspired by recent neurobiological research and interviews with people living with dementia, Theatre Re's The Nature of Forgetting is a part-mime, part-theatre show which focuses on Tom, a 55-year-old man, embroiled in the tangled threads of his disappearing memories. Guillaume Pigé, artistic director of Theatre Re, talks about the music, movement and energy that he uses to tell the story.

Sir John Eliot Gardiner is conducting a performance of L'incoronazione di Poppea by the Monteverdi Choir and English Baroque Soloists to celebrate Monteverdi at 450 at The Usher Hall, Edinburgh on 17 August 2017, as part of the Edinburgh International Festival.

Apphia Campbell's play Woke is at  the Guilded Ballon Teviot from 20 - 28 August 2017, as part of the Edinburgh Fringe Festival.

The Nature of Forgetting

The Nature of Forgetting by Theatre Re is at the Pleasance Courtyard, Edinburgh until 27 August 2017 , as part of the Edinburgh Fringe.