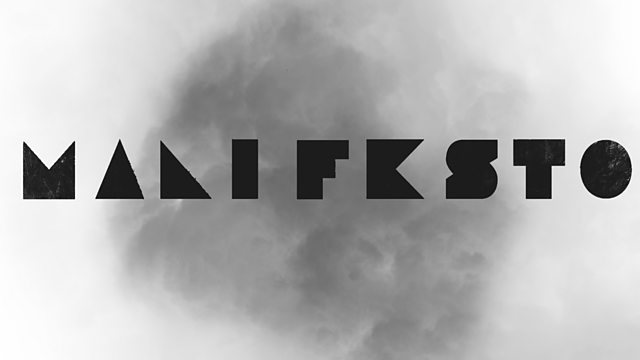 Series exploring the art and politics of the artists' manifesto. From the Futurists to Fluxus, from Dada to the present - a story of modern art through the written word.

A story of modern art through the written word. A new five-part series exploring the art and politics of the artist's manifesto - from the Futurists to Fluxus, from Dada to the present.

When Marx and Engels published their Communist Manifesto in 1848, their rallying cry set the tone and the rhetoric of movements and revolutions to follow - in art as well as politics. Artists adopted the form, with spectacular results.

The artist's manifesto is where art and politics meet. They gave rise, and political purpose, to some of the great avant-garde art movements of the 20th century. But they also took politics into new realms of possibility, transformation and imagination. Simultaneously apocalyptic and utopian, artists' manifestos demanded new worlds, proclaimed new communities and upset the order of things.

Over five programmes, artists, historians, authors, architects and cultural critics explore how the manifesto became a creative call-to-arms and ask whether, in this new age of discontent, it still has a place in the world today. From Futurism, Dada and the Surrealists - via the neo-avant garde movements of the 1960s, Situationism, Fluxus and Auto-Destructive art - to the present, including Gilbert and George and the Stuckists, the International Necronautical Society, Black Dada and Grayson Perry's Red Alan manifesto.

See all episodes from Manifesto!