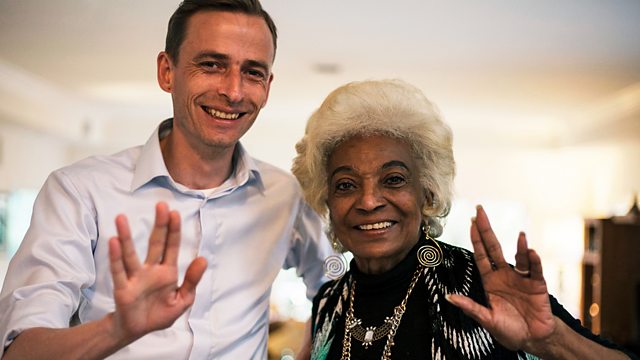 Utopia: In Search of the Dream Series 1
Episode 1 of 3

Richard Clay explores utopian visions for a better world - from radical politics to online communities - and asks if they can inspire real change.

In this first episode, Prof Richard Clay explores how utopian visions begin as blueprints for fairer worlds and asks whether they can inspire real change.

Charting 500 years of utopian visions and making bold connections between exploration and science fiction - from radical 18th-century politics to online communities like Wikipedia - Richard delves into colourful stories of some of the world's greatest utopian dreamers, including Thomas More, who coined the term 'utopia', Jonathan Swift, author of Gulliver's Travels, and Gene Roddenberry, creator of Star Trek.

Richard builds a compelling argument that utopian visions have been a powerful way of criticising the present, and he identifies key values he believes the imagined better futures tend to idealise. He shows how the concept of shared ownership, a 'commons' of both land and digital space online, has fired utopian thinking, and he explores the dream of equality through the campaign for civil rights in the 1960s and through a feminist theatrical production in today's America.

Immersing himself in a terrifying '1984' survival drama in Vilnius, Lithuania, Richard also looks at the flip side, asking why dystopias are so popular today in film, TV and comic book culture. He explores whether dystopian visions have been a way to remind ourselves that hard-won gains can be lost and that we must beware of humanity's darker side if we are ever to reach a better place.

Build It and They Will Come—Series 1

See all episodes from Utopia: In Search of the Dream

See all clips from Blueprints for Better (2)