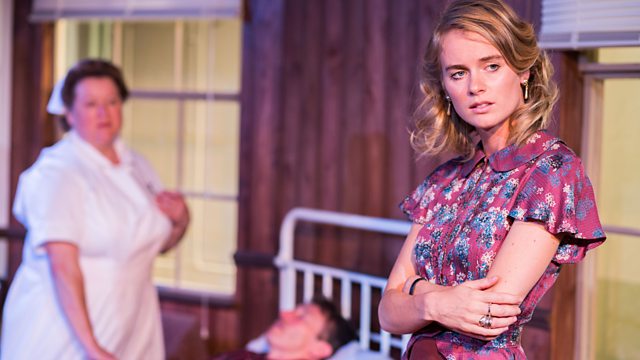 Maternity failings; Cressida Bonas plays Sonia Orwell; what to wear on holiday; parenting when you're disabled.

Last year more than 40% of maternity wards in England closed their doors to expectant mothers at least once. The figures, which have been obtained by the Labour Party, showed that was an increase since 2015. The Government has issued a statement in response saying that any closures are "well-rehearsed" and to suggest they were caused by staff shortages was "misleading". Emma Barnett is joined by Elizabeth Duff, Senior Policy Advisor at the National Childbirth Trust and Joanna, who gave birth five months ago but had a very difficult experience in hospital.

Kaftans, bikinis, flip flops and straw hats: how many of us have worn something constantly on holiday only to banish it to the back of the wardrobe when we get home? Stylists Basma Khalifa and Alexandra Fullerton share their tips on shopping for your summer break and how to find outfits that you'll want to wear long after your holiday tan has faded.

Parenting under any circumstances can be tricky but being a mother with a disability has additional challenges which are not often acknowledged or widely discussed.. Today we hear from Jenny who has multiple sclerosis. To discuss the issues raised, and where parents can go for support and help Emma is joined by Sam Cleasby who runs the online community for the disability charity, Scope.

Sonia Brownell, better known as Sonia Orwell, was the second and last wife of writer George Orwell. She is believed to be the model for Julia, the heroine of his famous dystopian novel Nineteen Eighty-Four. In 1949, a few weeks before he died of Tuberculosis, Orwell proposed to her, seeking a nurse, literary executor and stepmother. Since his death she has been seen as a divisive figure - some claim she was a gold-digger, whilst others saw her inheritance of Orwell's literary estate as a millstone round her neck. We speak to actress Cressida Bonas, who plays her in the new play Mrs Orwell, and Professor Jean Seaton, Chair of the Orwell Prize to find out more.