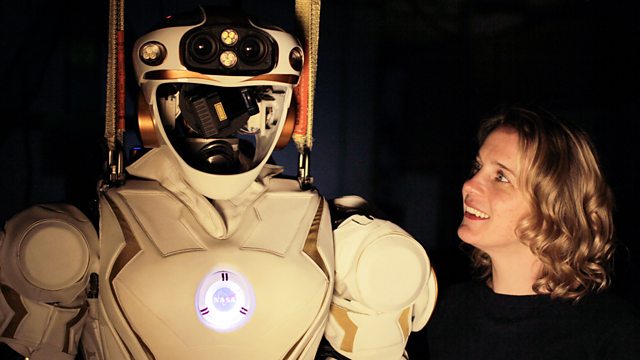 Hyper Evolution: Rise of the Robots Series 1
Episode 2 of 2

Ben Garrod and Danielle George investigate whether robots will ever become our friends, if we should trust them with our lives, and if one day they will even become conscious.

Professor Danielle George MBE, an electronics engineer from Manchester University and a robot supporter, and Dr Ben Garrod, an evolutionary biologist from Anglia Ruskin University and robo-sceptic, uncover whether the rise of the robots will enhance the progress of humanity or ultimately threaten the survival of the human race.

With extraordinary access to the world's leading robot-makers, they meet the trailblazing machines who pioneered key evolutionary leaps for robot-kind, and their most advanced descendants - to uncover just how far we've really come.

In this episode, Danielle and Ben investigate whether robots will ever become our friends, if we should trust them with our lives, and if one day they will even become conscious.

The programme uncovers the roots of an essential ingredient of any relationship - the art of conversation. The presenters come face to face with a whole range of creations - from one of the first talking robots, Alpha, a 1930s gun-toting womaniser; and the one-sided conversations with Siri; or Valkyrie - a heroic female robot designed to pave the way for us to set up home on Mars; to a little robot called Kirobo - designed to be a companion on the International Space Station. Unbearably cute, Kirobo even has the body language off pat - turning and nodding as he speaks.

Ben visits the first attempt to make a robotic brain - a 1940s tortoise born in Bristol - with a rudimentary awareness of its surroundings, before meeting its most advanced descendant - the driverless car. Can Ben overcome his inherent fear of robots and put his trust in a robotic car enough take his hands off the wheel?

Finally, we meet some astonishing robots who aren't simply pre-programmed with facts about the world, they learn about it for themselves. The one-metre-high iCub not only looks like a child, but he learns like one. Just like a two-year-old he is learning to count on his fingers and is forming his own unique understanding of the world.

As robots continue to evolve, Ben and Danielle consider the unsettling question of what it would mean if robots developed consciousness.

See all episodes from Hyper Evolution: Rise of the Robots 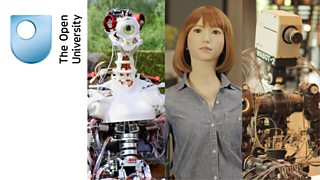 Visit OpenLearn, the OU's home of free learning, for more about Robot