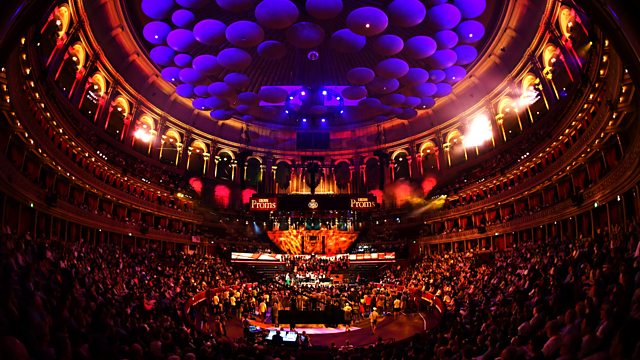 Live from the Royal Albert Hall, The BBC Philharmonic, conducted by Mark Wigglesworth, in music by Brahms, Haydn and David Sawer.

Live from BBC Proms: The BBC Philharmonic, conducted by Mark Wigglesworth, in music by Brahms, Haydn and David Sawer.

8.25 INTERVAL - Proms Extra
In the second of our discussions about mood and emotion, novelist and broadcaster Charlotte Mendelson considers happiness: why do fewer writers engage with that emotion and why is so much of literature full of unhappy people? She's joined by psychologist and broadcaster Claudia Hammond, presenter of Radio 4's All In The Mind programme and author of 'Emotional Rollercoaster: A Journey Through The Science Of Feelings' and the discussion is chaired by New Generation Thinker Will Abberley. Recorded earlier as a Proms Extra with an audience at Imperial College.
Producer: Torquil MacLeod

Though booed at its premiere in 1859, Brahms's First Piano Concerto has gone on to become one of the most beloved of the great rollercoasters among concertos. A giant of a piece with an emotional scope to match, it is at its most tender in the slow movement - a 'gentle portrait' of Clara Schumann. Tempering this intensity is Haydn's graceful Symphony No 99 and David Sawer's 'the greatest happiness principle', with its dancing, rhythmically charged textures, inspired by Jeremy Bentham's Utopian philosophies.