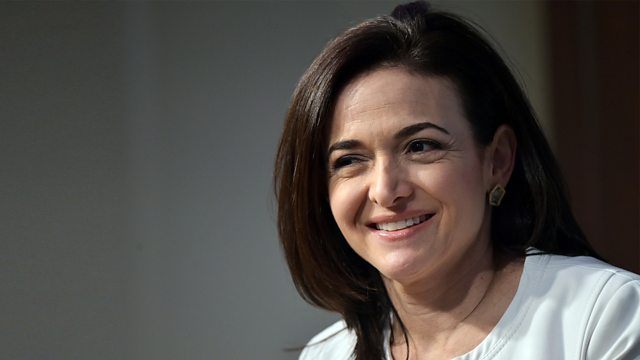 Sheryl Sandberg, Chief Operating Officer of Facebook, is Kirsty Young's castaway. She worked for Google at the beginning of the tech boom before joining Facebook in 2008. Raised in Miami Beach, Florida, she studied economics at Harvard. She became chief of staff for Larry Summers, Treasury Secretary under Bill Clinton, before moving to Silicon Valley.

Sheryl published her first book called Lean In: Women, Work, and the Will to Lead in 2013 which tried to answer the question why so few women reach the top echelons of their professions. In 2015, her husband of eleven years and father of their two children, Dave Goldberg, died suddenly while they were on holiday. In her second book, Option B: Facing Adversity, Building Resilience, and Finding Joy, she describes her struggles in dealing with this sudden loss.

See all clips from Sheryl Sandberg (2)