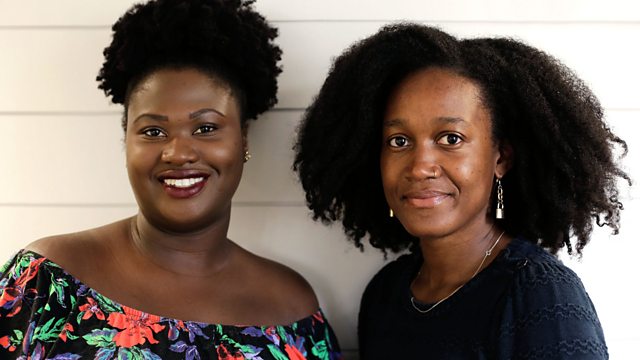 Imrie Morgan and Satia Sa Dias on their award-winning podcast called Melanin Millennials. What to say when someone's had a miscarriage. Allegra Huston on her book, Say My Name.

Melanin Millennials is an award-winning podcast created by Imrie Morgan and Satia Sa Dias. Their target audience is black British women, and they say they don't hold back. They believe that British TV and radio doesn't appeal to women like them, and they're on a mission to do something about it.

What do you say when someone's had a miscarriage? Even though miscarriage is the most common kind of pregnancy loss, a new survey shows that some people feel uncomfortable when a friend tells them they've lost a baby and don't know what to say or how to help. We speak to the Miscarriage Association as well as one mum who's had three miscarriages.

The first of our series on Unworn Wedding Dresses. Today we speak to the boyfriend who bought the dream wedding dress before talking about marriage to his partner, and then the relationship didn't work out. He still has the dress.

Women's pensions: why do we end up with less in our pension-pot than men, and what can we do about it?

Allegra Huston, who's real-life upbringing reads like a novel, has brought out her first book called Say My Name. It's about a woman called Eve, who's nearly 50 and is in a miserable marriage. She meets a man twenty years younger, who's the son of a friend of hers. As well as a novelist, Allegra Huston is also a scriptwriter and used to edit books.

The Gender Gap in Pensions