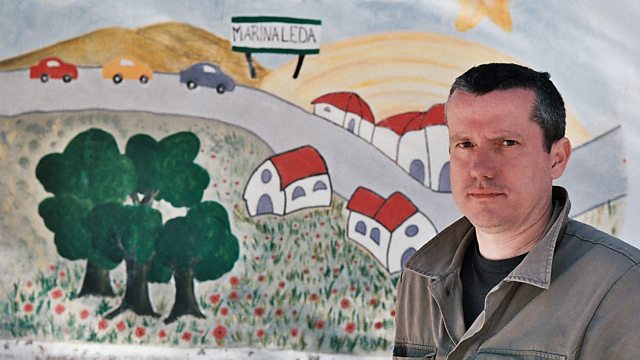 A Storyville documentary: Carne Ross was a career diplomat who resigned over the Iraq war. One man's epic journey from government insider to anarchist.

Carne Ross was a career diplomat who believed western democracy could save us all. But after the Iraq war he became disillusioned and resigned. This film traces Carne's worldwide quest to find a better way of doing things - from a farming collective in Spain, to Occupy Wall Street to Rojava in war-torn Syria - as he makes the epic journey from government insider to anarchist.

What is more important, story or character?
The best stories grow out of character.

What made you first want to explore the subject?
We both read Carne’s book and John said this has to be a film.

How long did it take to get the film off the ground?
Longer than either of us care to remember.  It’s like childbirth, if you didn’t block the memories you’d never do it again.

What were you most surprised to learn in the course of production?
The necessary security precautions for filming 8km away from the Isis front line in Syria were a bit of an eye-opener.

What have been the differences in reception to the film in countries it has now travelled to?
It’s just starting out on that journey.  It’s been to Sheffield and Copenhagen so far and went down a storm – so it will be interesting to find out how it plays elsewhere.

Which documentary has most inspired you?
Don’t Look Back by D. A. Pennebaker and Home from the Hill by Molly Dineen both made me want to make documentaries.  More recently Exodus by James Bluemel blew my socks off.

Favourite Website/blog?
Nothing I want to own up to.

Person you’d most like to interview (living or dead?)
Shakespeare, natch.

Best piece of filmmaking advice you’ve ever been given?
Adam Curtis told me the way to stay in control of your film is to work harder and care more than anyone else does.   And less usefully one of the first cameramen I ever worked with told me to always put something red in the shot.

Best piece of filmmaking equipment you can’t live without?
I don’t think it’s about the kit.  For me that’s like asking a writer what pen she uses.  But my creative partner John would say the C300 camera.

If money was no object, what is your dream documentary subject?
I‘d love to make a film about fox hunting that’s really about class and Britishness.  I recently spent some time in a secure unit of a mental hospital to research a radio drama I was writing,  I wished I’d been there making a documentary.

Favourite film of all time?
Snowpiercer. His Girl Friday. The American Friend

Most difficult access?
I want to make a film about Prevent and de-radicalisation.  If you can help me with access do get in touch.