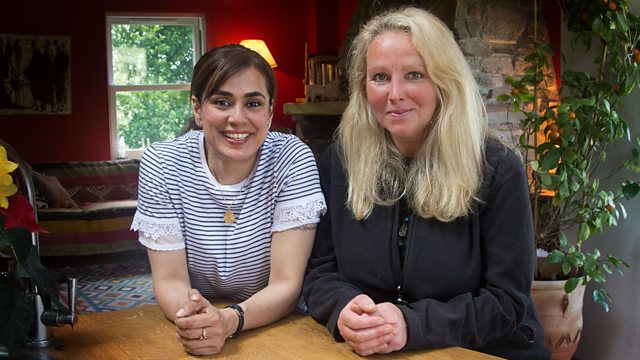 With strong influences from Britain, France and India, each Caribbean country has its own curry identity. It's food that reflects the cultural, culinary and social history of the islands that make up the Caribbean.

Ghillie explores the background and uses to a raw spice that some suggest smells like bedbugs or dirty bed linen. When it first was discovered this spice was largely ignored because of its strong smell, but today, coriander is a staple of almost every spice mix around the world. Plus, it's good to help control flatulence.

Chef and spice fanatic, Tony Singh invites Simon Preston into his back garden for a BBQ and shows him his homemade jerk spice marinade, perfect for chicken, pork or fish.

Campervan - Ayrshire on a plate

See all episodes from The Kitchen Café

Download and keep Ghillie's recipe for a Jamaican fish curry