Schedule
BBC Radio 4
It's Funny and It's True
Main content 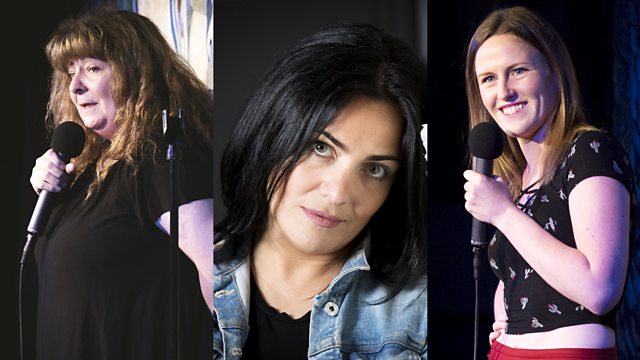 It's Funny and It's True Series 1

Comedy is powerful when it challenges taboos. Julia Sutherland meets Janey Godley and Heather Ross, who share their deeply personal stories that you would not normally laugh at.

Comedy is at its most powerful when it takes on our darkest fears and hardest times, and transforms them into laughter. Julia Sutherland looks into the corners of fellow stand up comedians' lives - performers who have chosen to share their deeply personal stories on stage to give a voice to issues otherwise overlooked. They have overcome their troubles and empowered themselves and many others to laugh at the things you're not supposed to laugh at.

Through comedy, Julia shows that sometimes it's OK not to be OK.

In this first episode, Julia meets Janey Godley. Brought up in near-Dickensian squalor in the tough East End of Glasgow, Janey has faced sexual abuse, murder within the family, violence, sectarianism and more. She has coped with everything her life has thrown at her by turning each challenge and tragedy into hilarious stand-up comedy. Her own empowerment has given a voice to thousands of others by shattering taboos and breaking emotional shackles.

Julia also meets Heather Ross, who has toured the world with her show Rape is Real and Everywhere. Through her stand up she has touched the lives of thousands of people who have had similar experiences, and has found relief in sharing her candid account and extremely dark humour. This is a very personal story told from a unique point of view.

A Dabster production for BBC Radio 4.

See all episodes from It's Funny and It's True