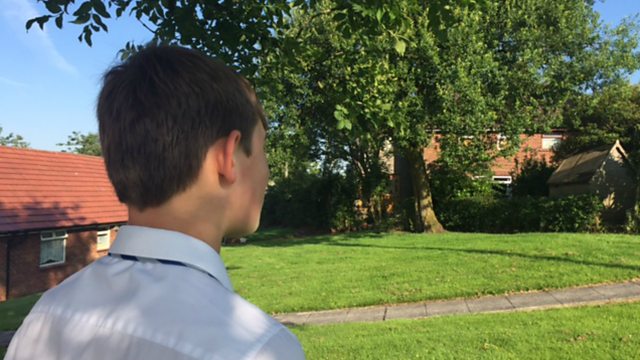 About a Boy - The Hidden Victims of Grooming

What happens when your teenage son gets targeted by paedophiles? Are the authorities letting boys down, despite the lessons over failing girls in Rochdale and Rotherham?

What happens when your teenage son is targeted by abusers?

File on 4 tells one family's story of fighting the authorities to get support and justice after a 13 year old boy was aggressively groomed by scores of men, aged from their 20s to their 50s. It is a shocking story of opportunities missed, meaning the boy endured assaults by multiple men for years. We look at the impact of that sustained abuse on him and his parents, who were desperately trying to shield him from harm. He says he was dismissed, and even blamed by authorities responsible for protecting him.

Why were they so let down? And have the police been slow to get to grips with cases of child sexual exploitation when they involve boys?

One safeguarding expert tells the programme: "Policy is not matching practice on the ground. It was completely missed that this boy was a child. We need to lift the lid on what is going on when the victims are boys."

Are boys on the radar of authorities or are they grooming's hidden victims?

The Secrets of Smyllum Park

What happens when your teenage son gets targeted by paedophiles? Are the authorities letting boys down, despite the lessons over failing girls in Rochdale and Rotherham?Read the transcript