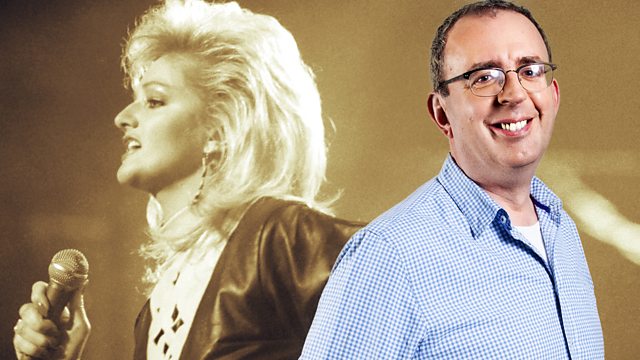 How to Write a Power Ballad

Love it or loathe it, the power ballad is the musical genre that never went away. Can ex-Communard the Rev Richard Coles write a new song to rival Total Eclipse of the Heart?

Love it or loathe it, the power ballad is the musical genre that never went away. Superfan and ex-Communard Rev. Richard Coles dusts off his song writing skills and goes back to the 1980s to explore an era of inflated emotions, big production and even bigger hair.

Power ballads hit their height in the 1980s - a time of excess and strife - when big music budgets, huge concert arenas and new synthesiser technology made it possible and necessary for these massive tunes to be constructed. They still permeate popular culture from TV talent shows, to Disney films, to musicals like The Bodyguard and Bat Out of Hell. There's even a club, now in its eleventh year, which plays back-to-back power ballads to a sing-along crowd who know every word of every Whitney, Meatloaf, Celine and Bonnie hit.

But can Richard write a new power ballad to rival 'Total Eclipse of The Heart' and set the world singing with lighters aloft? With help from 'the man who invented the eighties', record producer Trevor Horn and singer Lynda Hayes, nothing's gonna stop him now.