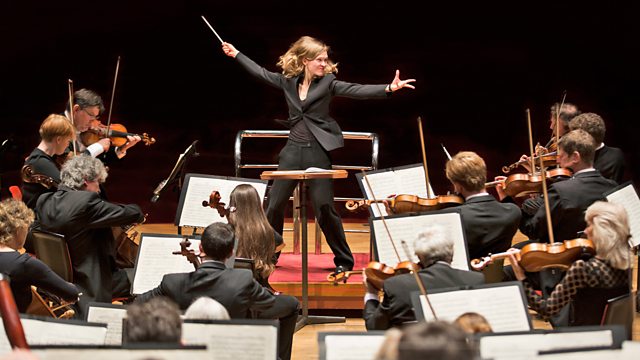 Behind the Scenes Series 1

Verity Sharp follows the City of Birmingham Symphony Orchestra's music director in the first year of her new role.

Mirga Gražinytė-Tyla is the Lithuanian conductor who took charge at the City of Birmingham Symphony Orchestra last year at the age of 30. Verity Sharp charts Mirga's first year in her new job.

When conductor Andris Nelsons left the CBSO in 2015, the orchestra was left with the task of finding a new Music Director to fill some enormous musical shoes. Birmingham was where Sir Simon Rattle rose to fame and he was followed by Sakari Oramo and Andris Nelsons.

The CBSO traditionally choose their Music Director democratically. Prospective conductors are invited for trial concerts and both players and management voice their opinions about suitability. When Mirga Gražinytė-Tyla trialled with them early in 2016, the rapport was immediate and she was offered the job without hesitation.

This programme begins in the week that Mirga takes up her appointment in Birmingham - a week involving her London debut at the BBC Proms - and follows the welcome the orchestra and city give her, charting the process of bonding between players and their new conductor.

This is a story of the power of music in musicians' lives, set against a backdrop of global political uncertainties and unprecedented cuts in local funding. It provides real insight into how an orchestra works and is a portrait of a truly extraordinary musician.