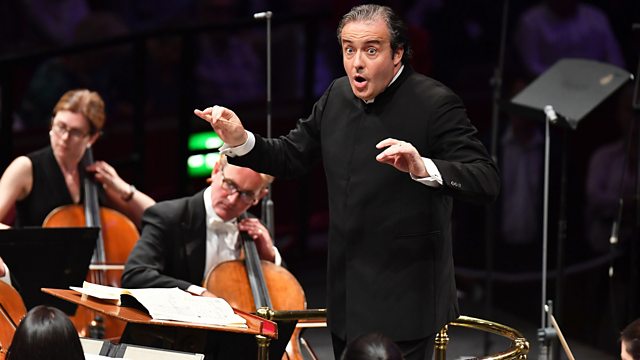 The first of three politically charged stage works this season is Beethoven's only opera, 'Fidelio' - a passionate musical protest against political oppression, first performed in Vienna in the wake of the French Revolution to an audience mostly consisting of Napoleon's troops. At its heart is the stirring "Prisoners' Chorus", a poignant hymn to freedom and the power of the human spirit. The BBC Philharmonic brings its highly acclaimed performance to the Proms with a cast starring Australian tenor Stuart Skelton as the imprisoned Florestan, and soprano Ricarda Merbeth as his faithful and resourceful wife Leonore.