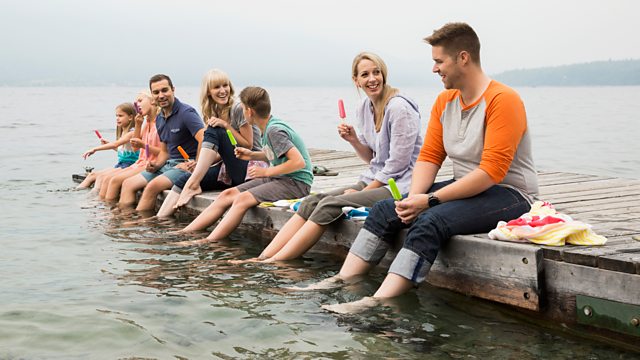 Women forcibly sterilised in Peru in the 1990s; social media and agoraphobia and anorexia; is it a good idea to go on holiday with another family? Gender pay gap at BBC.

Over 272,000 women and 21,000 men were sterilised in Peru in the 1990s, as part of a government-funded family planning programme to help tackle the country's growing poverty problem. Thousands have since claimed the procedure happened without their consent. Jane speaks to Esperanza Huayama, Vice-president of the Association of Forcibly Sterilised Women in Peru, and Dan Collyns, a British journalist based in the capital, Lima.

22 year old Kay explains how the support she has received through her Instagram page has helped her with agoraphobia and anorexia, and encouraged her to get professional help. She's a passionate advocate for the positive impact of social media. But how empowering is it? Jane speaks to Shirley Cramer, Chief Executive of the Royal Society for Public Health whose recent survey #statusofmind looked at the experiences of 14 to 23 year olds online. And if you check out Woman's Hour on Instagram, Kay is currently staging a mini takeover of our account.

The pay received by the BBC's biggest stars will be revealed in the Annual Report. It's the first time this information has been made public, and details of anyone earning more than £150,000 a year will be included. Only one third of the names on the list are women. Jane talks to Sam Smethers, Chief Executive of the Fawcett Society and Professor Liz Howell from City University, a former Managing Editor of Sky News and former Head of News at ITV Border.

Is going on holiday with another family ever a good idea? Jane hears listener experiences and talks about holiday etiquette. What can go wrong? Is it OK to tell other people's children off? Who sets the rules on holiday?