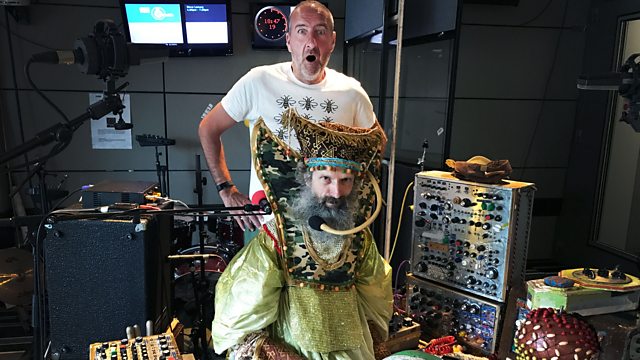 Marc Riley has a live session from Manchester's Paddy Steer.

Paddy Steer in session tonight, hailing from Manchester Paddy is a musical enigma, a sight to be beholden and a jolly good fella. Hope he'll be bringing in his robot head but if it's just his beard and his bobble hat we wont be disappointed.

In the past Paddy has worked with the likes of Graham Massey and 808 State, Yargo and Biting Tongues. In 2016 he released his 3rd album Bifurcation Arrows, Misleading Visuals on which he appears to have played on everything but the kitchen sink.

This is going to be a unique and exciting listen.