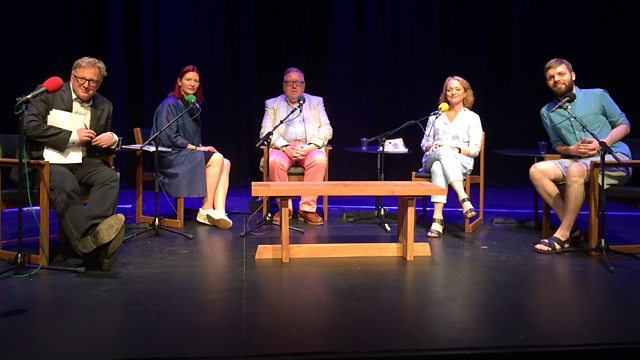 Simon Heffer, novelist and co-director of the Fun Palaces campaign Stella Duffy, New Generation Thinker Will Abberley and the writer and sociologist Tiffany Jenkins join Matthew Sweet and an audience at the University of Sussex to debate the ideas explored by Matthew Arnold and their resonance today. The series of periodical essays were first published in Cornhill Magazine, 1867-68, and subsequently published as a book in 1869.

Arnold argued that modern life was producing a society of 'Philistines' who only cared for material possessions and hedonistic pleasure. As a medicine for this moral and spiritual degradation, Arnold prescribed 'culture', which he defined as 'the best which has been thought and said in the world', stored in Europe's great literature, philosophy and history. By engaging with this heritage, he argued, humans could develop towards a higher state of mental and moral 'perfection'.

Simon Heffer is the author of books including High minds: the Victorians and the birth of modern Britain; Moral Desperado: A Life of Thomas Carlyle and Nor Shall My Sword: The Reinvention of England.

Tiffany Jenkins is Culture Editor for the journal Sociology Compass. Her books include Contesting Human Remains in Museum Collections, Keeping Their Marbles and she is editor of a collection of essays from various writers called Political Culture, Soft Interventions and Nation Building.

Will Abberley is a Lecturer in English at the University of Sussex and the author of English Fiction and the Evolution of Language, 1850-1914

Stella Duffy is a writer and the co-director of the Fun Palaces campaign for wider participation in all forms of arts and culture.;