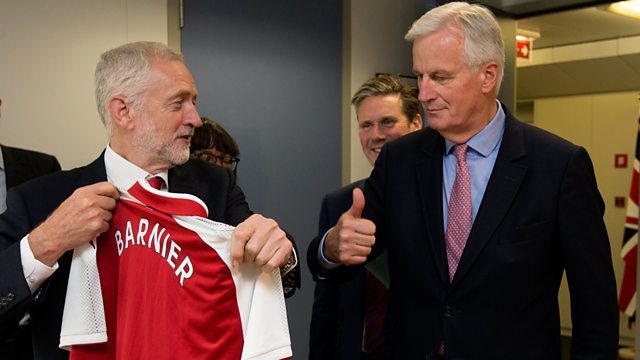 Where does Labour stand on Brexit?

Labour says it will not support the government's Brexit bill which was published today, but what exactly is its position when it comes to Britain leaving the EU?

Labour will play a crucial role in shaping Britain's exit from the EU now the Conservative government has lost its overall majority.

The vast majority of Labour MPs backed Remain ahead of the referendum - but most followed party orders to allow Article 50 to be invoked (the mechanism for leaving the EU).

He'll look back into the party's history to see if that helps explain today's divisions and he'll be briefed on whether Labour's Brexit wishlist is realistic.

Steven Fielding, Professor of Political History at The University of Nottingham

The Cost of Abandoning Austerity

The Crisis in Conservatism