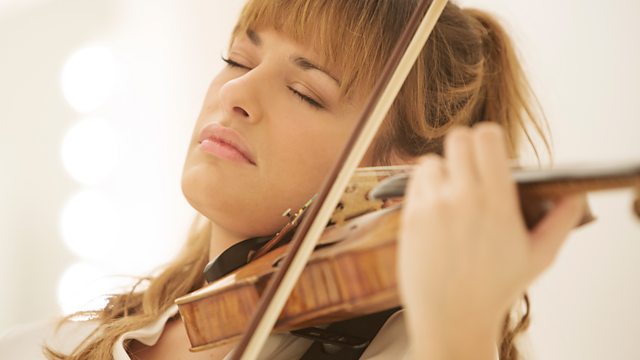 With violinist Nicola Benedetti, a celebration of 100 years of women MPs - how much has changed? - and another Craft Prize finalist ceramic artist, Alison Britton, is highlighted.

Nicola Benedetti, is one of the UK's top musicians. She's a solo violinist, who first came on the scene when she won Young Musician of the Year aged just 16. She talks to Jenni about her life and career, and she'll play part of Shostakovich's Violin Concerto Number 1, which she is due to perform at The Proms next week. Image copyright: Simon Fowler.

Today Parliament launches Vote100, a series of events to be held in next year marking 100 years since women got the vote and the first female MP was elected. More than 200 women now sit in the commons, but how easy is the job today? An inquiry's just been launched into the abuse MP's experienced during the General Election and many women spoke about the attacks they received on and offline. Yvette Cooper, chair of the Home Affairs Select Committee, talks about the vitriol she and her colleagues are exposed to on a daily basis. And we revisit some Woman's Hour archive of Nancy Astor, the first female MP to take her seat in Westminster.

Plus our series highlighting the work of the 12 Craft Prize finalists continues with ceramic artist Alison Britton OBE. Well known for her large hand built vessels, she'll l be sharing what inspires her in a career that's spanned more than thirty years.

And we mark the centenary of the Women's Royal Naval Service. Commander Milly Ingham provides an insight to life at sea, and l hear former Wrens Karen Peach, Carolyn Stait and Judy Faulkner