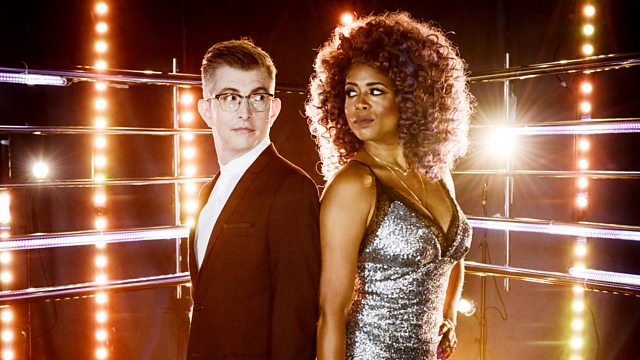 Six choirs and groups battle it out in a series of vocal challenges and must impress judges Gareth Malone, Kelis and Will Young to win a place in the grand final.

In this opening episode six choirs and vocal groups of all different sizes and musical genres battle it out for a place in the grand final.

The first six groups include a pop choir from Liverpool LMA; an all-female acappella group from the University of Birmingham, The Uptone Girls; a soul group of musicians, Leeds Contemporary Singers; a contemporary choir, Vocally Bespoke; an all-female barbershop group, Vocal Dimension Chorus; and a five-piece gospel group, A Flame.

Groups then go head to head in a series of knockout choral challenges. First they each perform their showstopper before battling it out with their opponent in a themed riff-off. The judges then decide which group goes through to the solo battles later on.

At the end of the programme only two groups will remain, where they must face the ultimate sing-off - the final battle. Here they share the same song, before superstar guest judge Will Young joins in with the group the judges have chosen to go through to the final.

Will Young will return in the grand final to sing with the show's winning group, who will be one step closer to the £50,000 cash prize.

See all episodes from Pitch Battle