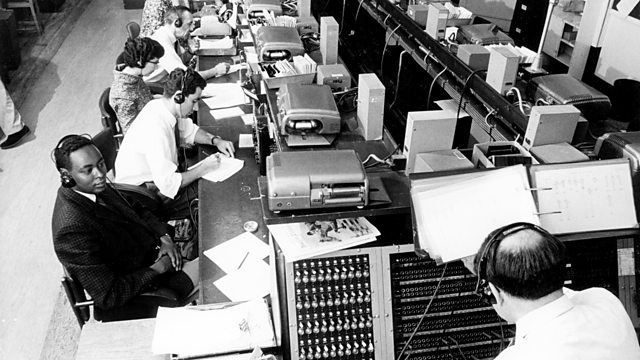 Caz Graham visits the suburban Berkshire mansion which for 75 years has eavesdropped on the world. As BBC Monitoring changes, Caz hears why the organisation is leaving Caversham.

For 75 years a stately home near Reading has eavesdropped on the world. As BBC Monitoring changes, Caz Graham hears why the organisation is leaving Caversham.

Caz speaks to staff past and present to hear about the vital daily work conducted behind the grand portico, amidst splendid grounds, listening in to and translating radio broadcasts since 1943.

Retired staff recall being on shift when major world events occurred, such as the deaths of Stalin, Franco and Brezhnev. With its roots in short wave technology, Caversham's sensitive radio aerials and satellites could be retuned to listen in to countries around the world. Current manager at BBC Monitoring, Chris Greenway, describes the organisation's work today, for example tracking social media and the broadcasting activities of Islamic State (IS).

The Dark Side of the Lune