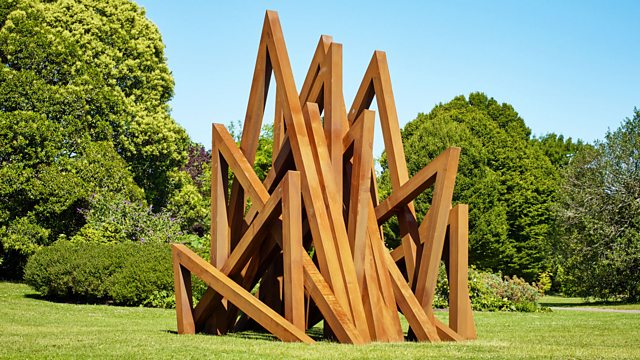 Committee is a new musical that's opened at London's Donmar Warehouse. Based on the parliamentary investigation into Kids Company. It might seem like an unorthodox source of inspiration , but so were London Road and Jerry Springer
Terrence Malick's latest film Song To Song has polarised critics; will our reviewers s be beguiled or bewildered?
State of Freedom by award winning author Neel Mukherjee is a novel which explores the interweaving of five stories and five lives via an initially invisible thread.
There's a free outdoor exhibition of sculpture in Regents Park with 23 works from contemporary artists.
The BBC's Gay Britannia season includes a drama on Radio 3 exploring the troubled creative process behind the 1961 film Victim which dealt with homosexual blackmail. Also a series of radio essays The Love That Wrote Its Name exploring significant and long-lasting gay partnerships among important figures in the arts.

The Beguiled, Joshua Cohen, Soul of a Nation, A Tale of Two Cities, Ozark

Committee… is at the Donmar Warehouse in London until 12 August.

Song to Song is in cinemas now, certificate 15

A State of Freedom is available in hardback and ebook now.

Frieze Sculpture 2017 is at Regent’s Park in London until 8 October.

Queer Britannia on Radio 3: Victim & The Love That Wrote Its Name

Victim is broadcast on BBC Radio 3 on Sunday 9 July at 9pm.