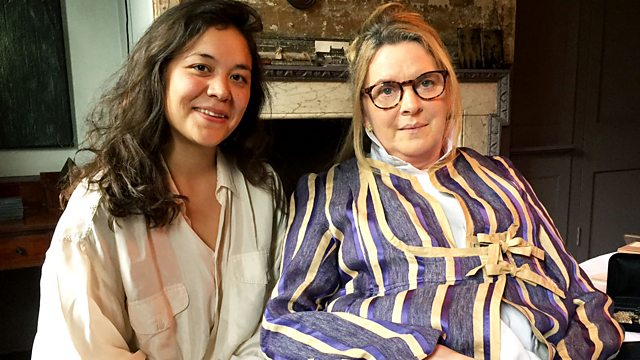 Stalking and harassment; Women Against State Pension Inequality; where are the women in computing?; and jeweller Romilly Saumarez Smith. Presented by Jenni Murray.

Not enough is being done for victims of stalking and harassment in England and Wales according to a report by the Inspectorate of Constabulary and the Crown Prosecution Service Inspectorate. The report found compelling evidence that police were giving written warnings to offenders rather than carrying out thorough investigations. We hear the experience of Helen Pearson who was stabbed and left for dead by her stalker in 2013. Also joining us is Rachel Griffin, Chief Executive of The Suzy Lamplugh Trust which runs the National Stalking Helpline.

Computing is widely recognized to be a male dominated field, but how did it come to be this way? Women were once prevalent in the world of UK computing - just think back to WWII and the Bletchley Park codebreakers. Jenni is joined by Marie Hicks, Assistant Professor of History at the Illinois Institute of Technology, the author of Programmed Inequality: How Britain Discarded Women Technologists and Lost Its Edge In Computing.

WASPI (Women Against State Pension Inequality) were outraged yesterday when Guy Opperman, the Pensions Minister said that the government would not change the law which was working towards equalisation of the state pension age and suggested that the government would assist everyone affected into retraining and employment. Geraint Jones, Professor of Economics at Lancaster University, Mike Thomson, Head of Apprenticeships at Barclays and Jane Cowley, one of the directors at WASPI join Jenni.

In the next of our series on the 12 finalists in the Woman's Hour Craft Prize in partnership with the Crafts Council and V&A, we meet Romilly Saumarez Smith a jeweller whose work is complex intricate forms incorporating collections inspired by sea barnacles, and found objects.

Eating disorders: Patients, families and doctors talk about the road to recovery