BBC Two
Who Should We Let In? Ian Hislop on the First Great Immigration Row
Main content 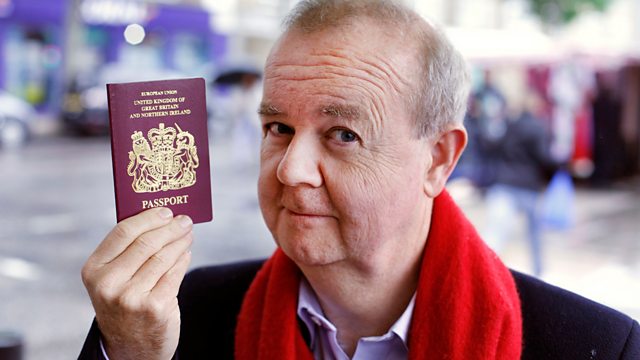 Who Should We Let In? Ian Hislop on the First Great Immigration Row

Ian Hislop looks at the decades from the Victorian era to the First World War, when modern Britain introduced its first peacetime restrictions on immigration.

As Brexit Britain prepares to draw up new rules on who is welcome here, Ian Hislop takes an entertaining and provocative look at the decades from the Victorian era to the First World War, when modern Britain introduced its first peacetime restrictions on immigration.

The Victorians had a completely open door to foreigners, drawing no distinction between economic migrant and asylum seeker. But as Hislop explores, rising immigration in the late 19th century triggered a fierce - and very familiar - debate fuelled by clashing values, economic anxiety and the media.

When 100,000 Jewish refugees arrived, indigenous working-class hackles rose at higher rents, lower wages and changing inner-city neighbourhoods. Hislop uncovers the surprising case of Mancherjee Bhownagree, an Indian immigrant who stood for parliament in 1895 - and won - on an anti-immigration ticket. Another young MP, Winston Churchill, spoke out against the tough curbs proposed by the 1902 Royal Commission, lambasting it as the work of prejudice and racism. But the 1905 Aliens Act restricted peacetime immigration for the first time.

Ian also examines the role of the press in stoking fear and prejudice against migrants, focusing on Britain's tiny Chinese community which fell prey to a full-scale 'yellow peril' media scare. But he also uncovers extraordinary British generosity towards refugees - telling the story of the unprecedented First World War humanitarian relief effort when ordinary Britons selflessly opened their homes to a quarter of a million Belgians.

Ian discusses attitudes to immigration then and now with former home secretary Alan Johnson, former Tory chair Baroness Warsi and controversial columnist Katie Hopkins. He also takes the temperature of the nation - in animated conversation with native and foreign-born Brits in London, Liverpool and Folkestone.

See all clips from Who Should We Let In? Ian Hislop on the First Great Immigration Row (2)